SCHOOL DISTRICT NOT LIABLE FOR SPONTANEOUS ACT OF STUDENT V. STUDENT
It is an everyday occurrence—to one extent or another—that children will be children.  This is to say, a child acts, for the most part, in an unpredictable and at times uncontrollable fashion. The same came to light when an unforeseen course of events took place within a Long Island School District’s kindergarten classroom, which led to a young boy’s minor, yet unfortunate injury.

The facts giving rise to plaintiff’s claim of negligent supervision by the School District and its employees arose when two young boys raced to a rug within a classroom, which led to a third child, who was already seated on the rug, getting kicked in the eye.  Mr. Bettridge laid out defendant’s prima facie case for summary judgment by outlining that the school did not fail to supervise the classroom and the students within, as under the circumstances, it was not foreseeable that the student in question had a propensity for rough play or injuring his class mates.  The onus was then upon the plaintiff to raise a triable issue of fact, which would require the denial of summary judgment.  However, as the court correctly noted, plaintiff failed to meet its burden in opposition, being that the child’s questionable conduct occurred “not that often.”  As such, the court held that the school district and its employees exercised a reasonable degree of care, provided adequate supervision for its students, and that any alleged lack of supervision was not the proximate cause of the child’s injury.

The Honorable W. Gerard Asher, Justice of the Supreme Court for Suffolk County, found that an “injury caused by an impulsive, unanticipated act of a fellow student ordinarily will not give rise to a finding of negligence absent proof of prior conduct that would have put a reasonable person on notice to protect against the injury-causing act.”   Judge Asher agreed with defendant’s argument in as much as he failed to find any negligent conduct on behalf of the School District, its Superintendent, or the teacher who supervised the classroom.  The motion was successfully briefed and argued Bradley Bettridge of Sobel Pevzner, LLC. 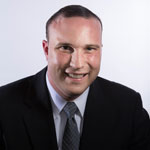 Bradley Bettridge is an Associate