Mr. Wynn received his Juris Doctorate from the City University of New York School of Law in 2014, a Masters in Public Administration from John Jay College of Criminal Justice, and an undergraduate degree from University of Massachusetts – Lowell in 2006.

Mr. Wynn is admitted to practice in the State of New York and before the United States District Courts for the Southern and Eastern Districts of New York, and the U.S. Court of Appeals, Second Circuit.

Michael J. Heffernan graduated from Hofstra University with a Bachelor of Business Administration degree in Legal Studies in Business in 2013. He obtained his Juris Doctor from Maurice A. Deane School of Law at Hofstra University in 2016. He is admitted to the Bar of the State of New York and is a member of the New York State Bar Association.
Mr. Heffernan focuses his practice on the defense of matters involving general liability, premises liability, motor vehicle liability, property damage claims, and New York Labor Law. Prior to joining Sobel Pevzner, Mr. Heffernan worked as an associate at a plaintiffs’ firm handling all aspects of personal injury litigation.

Marissa Hercules was admitted to the New York Bar in 2015. She received her Bachelors of Arts Degree in Political Science and Philosophy from the University at Buffalo, before receiving her Juris Doctor from Hofstra Law School in 2014. Prior to joining the firm, Ms. Hercules has previously worked as a litigation associate in all aspects of personal injury law. Her current areas of specialty include motor vehicle liability, premises liability, property damage and New York Labor Law.

Judy Meisel was admitted to the New Jersey bar in 2011 and the New York bar in 2012. She received her Bachelor of Science from the Robert H. Smith School of Business at the University of Maryland-College Park in 2008. She received her Juris Doctor from New York Law School in 2011. She has previously worked as a litigation associate in all aspects of personal injury and medical malpractice defense.  Her areas of specialty include general liability, workers compensation, premises liability, motor vehicle liability, property damage claims and New York Labor Law. .

Samantha Sannazzaro is an associate who primarily focuses on workers’ compensation matters in New Jersey. Prior to joining Sobel Pevzner, Samantha’s main practice area was in creditor’s rights litigation. She was also a  Law Clerk to the Hon. Jane Gallina-Mecca, J.S.C. in the Family Division in Bergen County and served as a judicial intern to the Hon. William C. Meehan, J.S.C. (retired on recall) in the Law Division. Samantha earned her Juris Doctor from New York Law School in 2014 and is admitted to practice law in the State of New Jersey.”

Alan S. Katkin is senior counsel to the law firm of Sobel Pevzner in New York City. Mr. Katkin is a highly experienced litigator and has practiced in the area of New York State Workers’ Compensation Law for over 35 years. He has handled thousands of trials over the course of his career as well as hearings, conferences, depositions and appeals.

He has practiced as a solo practitioner and as a partner in several firms and most recently as senior partner and creator and developer of the New York Workers’ Compensation practice group for a large, multistate law firm.

Over the years Mr. Katkin has lectured and written extensively on the Workers’ Compensation Law including presenting CLE programs for other attorneys through the Practicing Law Institute, Lorman Education Services and other providers. He has also spoken on workers’ compensation issues to carriers, self–insured employers and unions.

He is admitted to practice in the state of New York, the federal District Courts for the Eastern and Southern districts of New York and the United States Supreme Court.

He has appeared in multiple venues all over the state of New York and has numbered among his clients major insurance companies, national hotel chains, hospitals, clothing and furniture retailers, restaurant chains, aviation companies and others.

Mr. Katkin has provided pro bono services including working as an arbitrator in the small claims part of the Civil Court of the City of New York. He also serves as a panel member of the New York State Surrogate Decision Making Committee. Additionally, Mr. Katkin serves on the board of directors of the Jewish Community Center of Staten Island.

Mr. Katkin has always been and remains a dedicated advocate for his clients.

John Underhill currently practices in the areas of general liability, premises liability, automobile liability, and general negligence for insurance carriers.  Prior to joining the firm, Mr. Underhill worked as an Assistant Prosecutor in the Hudson County Prosecutor’s Office in Jersey City, New Jersey.  In addition, Mr. Underhill was a law clerk for the Honorable Vito Sciancalepore, J.S.C. (Ret.).

Mr. Underhill received his Juris Doctorate from the Syracuse University College of Law in 2019, and an undergraduate degree from Saint Michael’s College in 2016.

Mr. Underhill is admitted to practice in the States of New York and New Jersey. 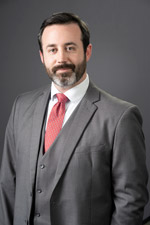 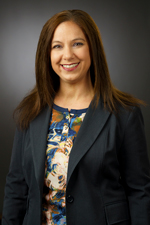 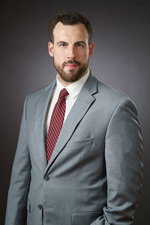 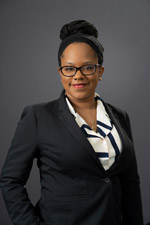 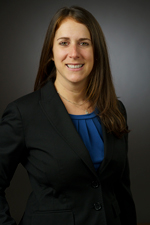 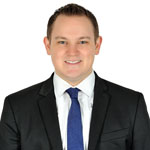 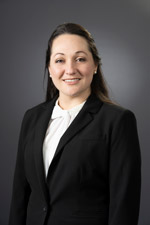 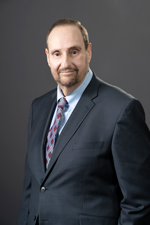 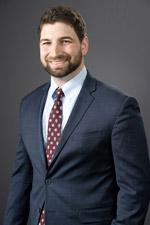